-Who watched Housewives of Orange County last night? I just watched it on my DVR. I just love this show, it always is good! I have to say, Eddie (Tamra’s fiance) just is creepy to me. The way he was obsessing over his bike ride, i just thought he was super sketchy. I did feel bad for Tamra at the end of the show when she was saying how she doesn’t know how to show her emotions so she just screams. This makes total sense! Vicki, is just Vicki. I know I would feel awkward going on a couples getaway being single, so I totally get why she was upset! I also think if it was a “Business” trip, it should have just been Tamra and Vicki (not everyone and their husbands.) I still dislike Alexis, even though she wasn’t on the show much this episode. Just something about her really bugs me. I am also actually liking Heather a bit more lately. Her husband is interesting…but I guess I don’t think shes that  bad! All in all, good episode! Next week looks good!

-How I Met Your Mother last night! Who watched?? Do you think that is going to really be the mother? Or will they put a swing to things, and change it around? I’m sure they already know how its going to end next season…We’ll see!
-In non-television news, I took Molly out to breakfast for the first time alone this morning, and I actually really had a great time. Maybe I’m super weird, but I’m always paranoid taking her out alone (for breakfast or for a whole day) because I’m nervous if I’m by myself and something happens, I’m the only one there. Maybe this is some sort of issue I have. I of course have to go shopping and such, and i bring her (I’m a stay at home mom, that’s how it works!) but I’m always pretty quick. Anyway, she really did well! I figured I’d spoil her a bit and I bought her a new play cash register, which she played with for an hour when we got home! I don’t think she’s ever played with something for a whole hour before!!
-I’m trying to get more “likes” on my Facebook Page, and I’m not sure how to go about doing this. Any suggestions? When you first started blogging, how long did it take to get over 50+ followers? I want to have a giveaway, but I want to at least have 100 followers before I do so! Help!
I’d like to leave today, with a nice quote! Have a wonderful Tuesday! 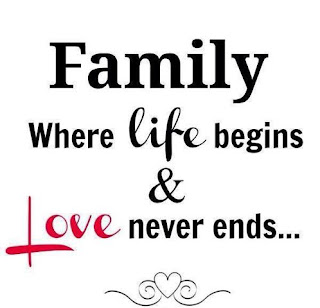